This series is ultimately about the relationship I had with my dad. 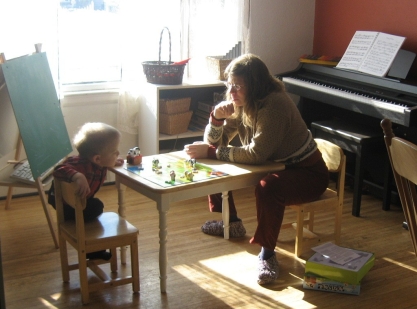 “The Navy was just another institution, Dave,” my dad said to me once. “I just went from institution to institution.”

He was warning me, trying to send me further away than he had gotten. I think he felt he had never escaped orbit: his Navy service (1959-1962) gave him nightmares the rest of his life; afterward he went home for several years before the old homeplace burned down; which compelled him to go to college, in part to find a place to sleep; which, in turn, encouraged him to do something. St. Bernard College (pr. Saint BER-nerd), by the way, was a Roman Catholic Benedictine school in Cullman, Alabama. From there he went to Concordia Seminary in Springfield, Illinois–a particularly significant event.

Within the Lutheran Church-Missouri Synod, an alcoholic system itself, was a little trouble: it touched the edge of its own illusion and blew into smithereens at about the same time my dad enrolled in the seminary. A further digression (as systems go): the Lutheran Church was born in anger and fear, despite the world-shaking strength of Martin Luther. He stood up to Pope and Emperor, but Pope excommunicated him, and Emperor condemned him to death. Just or unjust, these circumstances are not quite the environment for a movement to grow in health. If you keep your finger on the same thread, you find a man whose disciples claimed he was the Son of God, yet he was crucified. Stay with it a bit longer so that you find an Exile, then an Exodus from slavery. Further back is Abraham, who Moses reminds his people was “a wandering Aramean.”

Back to Springfield, my dad found himself jumping into a frying pan, from where he found himself jumping the rest of his life from one frying pan into another, until perhaps, he finally fell into the fire below. Hell? If so, then before he died. If he wasn’t consciously warning me from committing this error, he was, in his way, encouraging me to escape.

His admonition, then, I see as his working it all out. He himself was trying to escape, but he found that he never escaped, he could never escape; his own father had too strong a hold on him, on his spirit. His father kept him in his orbit to the end of his days–my dad’s days. I think maybe at the very end, in the week before he died (he knew he was going to die from a blood clot in his lungs, but he had told everyone the contrary), he finally escaped. He said something which makes no sense without pages and pages of context, but what he said indicates to me that he finally understood what it was to be free from a system even while remaining in it. A free man within it, perhaps, admonishing his son to be free.

My grandfather was known affectionately in the environs of the dirt farm as “Uncle Joe.” The alcohol drove him far and wide, and what he did when he was gone is largely unknown, but he did collect a few people along the way, men who were of his substance, fellow-alcoholics, and they sometimes lived under Uncle Joe’s roof, sleeping on the floor in the living room. I have sensationalized the picture in my mind, but I am not far off in relating it as a veritable court, the court of the king. He was King Joseph; that is to say, “Uncle Joe” was his royal name. These men advised him in his court, and he made kingly decisions, which they executed in his behalf. As I understand, they were perfectly respectable men within the realm: no violence or untoward behavior was perpetrated in the court of Uncle Joe.

They danced when he drank, dancing the mountain gigue, feet ablaze, fueled by Wildcat Whiskey. Of such was his council. While they danced he called to his queen, my grandmother, the Indian woman from Tupelo, Mississippi, and he sang to her the song of a king who is king because he is an alcoholic. He sang to her of their first child, Francis, a little princess who herself danced around a kettle of boiling water hanging over an open fire. She should never have been born, so the doctors said.

The doctors were referring to the wound my grandfather received in World War One. He was on patrol when they were ambushed by a German patrol, who (details are impossible to verify) massacred them from behind. My grandfather was shot in the lower back, which passed through him very low, nicking his prostate, perhaps, or otherwise damaging his reproductive organs. He fell. The bodies of his comrades fell alongside and on top of him. He was a corpse, and there he lay amid corpses in a foreign field.

When they discovered him alive, they administered morphine as part of the order of saving his life. Alas.

He had a wife at the time, not my grandmother (I must pause here to note that this is family lore, which is fraught, and there are no witnesses alive. However, it became family lore while my great-grandfather was still alive, who was a witness present when the story was told to my father. Therefore, it has that much weight, if my father has not embellished the story too much). She had heard that he would not be able to father a child, so she welcomed him home, placing before him a cup of coffee. He took a sip and immediately spit it out, for she had sweetened the coffee with arsenic.

Having failed in her endeavor to murder her husband with her own hand, she called to another man who was present, who presently made himself known, causing my grandfather, who was actually weak at the time, to flee. They divorced (see, I have questions: why didn’t she sue for a divorce instead of trying to kill him?). He disappeared. Many years later, in the mid-1930s, he reappeared in Cullman with this Indian woman as his wife, along with five children. Francis, the oldest, was not among them.

When he was drunk, my grandfather would sing the song of Francis, rehearsing as his own court herald his many titles which made him by right the king, calling to his queen to present herself. One-year-old Francis had been dancing around a kettle of boiling water hanging over an open fire when my grandmother, who couldn’t have been much older than fourteen at the time, left the little girl alone for a second while she went to fetch something. She heard screams, which summoned her back to the fire to see the kettle upended and her little baby scalded to death.

Thus my grandfather rehearsed the story, as often as he took his throne in the living room as drunk “Uncle Joe,” while his court councilors danced the truth of the matter into the memories of all the courtiers, attendants, and suitors at hand.

This is the system: the king is king by rights, signified by the scepter of his nightmares, the crown of his addictions, and the throne of his self-righteous imprecations. He has his council, who are slaves to him. He has his queen, who has earned her seat next to him by bringing into being with her own hand her own living nightmare.